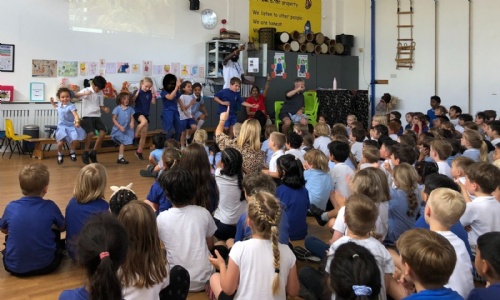 International Sprinter Fred Afrifa, and Sportivator Zenna came to visit on Tuesday.  We had a brilliant afternoon taking part in circuits of: Spotty Dogs, Mountain Climbers, Push-ups and Star Jumps! The children did each exercise for 1 minute – that’s a long time when you’re doing the exercises flat out! They all did so well and had a lot of encouragement from the children waiting their turn. Fred and Zenna, not to mention the teachers, all got involved in doing the exercises.

Afterwards Fred gave an assembly and told us the story of how he had become a world class sprinter. Fred’s motto is: 'Keep Moving Forward'. He explained that this meant that he never gave up, he always tried his hardest and he always followed his dreams.

Fred trains twice a day, every day with his coaches and never misses a session. He told the children that they should follow their dreams and that as long as they moved forward, they would eventually reach their goal.

We told Fred that we share his motto because Tigger, one of our Learning Behaviour Characters, taught us to be Resilient, Work Hard and Never Give Up!

Fred is going to be competing in the 200m at the World Championships in Oregon in July, we wish him the very best of luck. Whatever the outcome Fred knows that he will have tried his hardest. 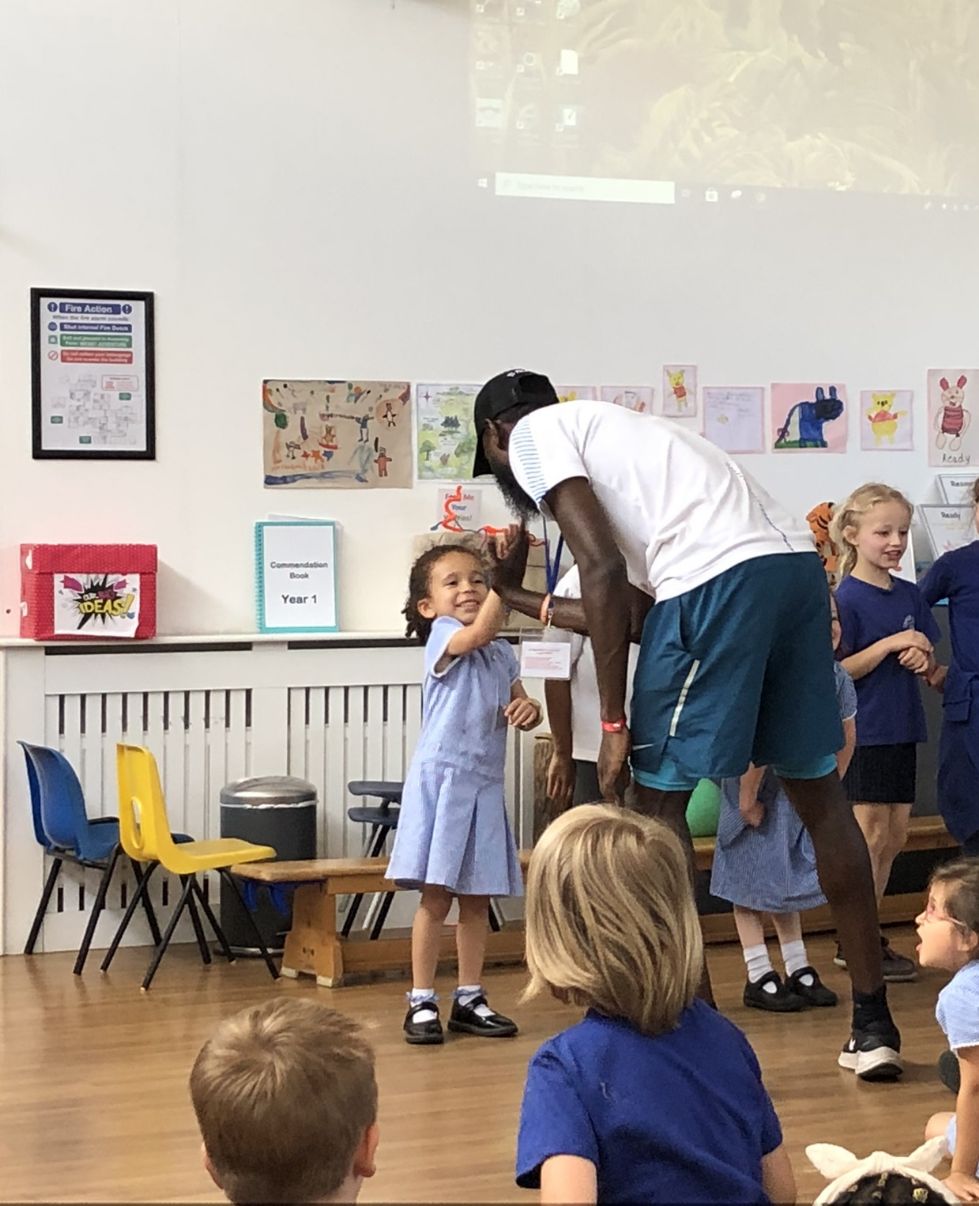 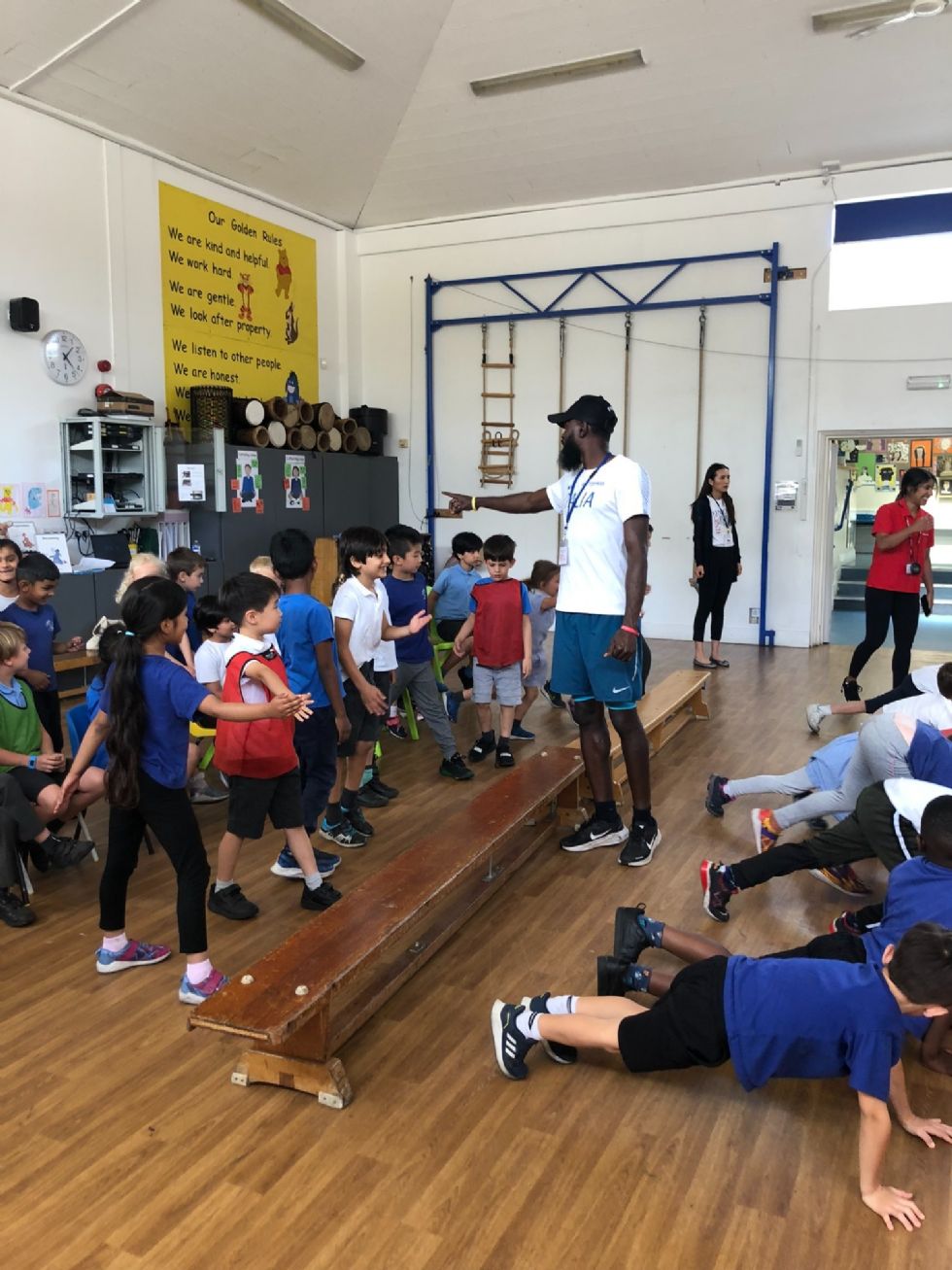 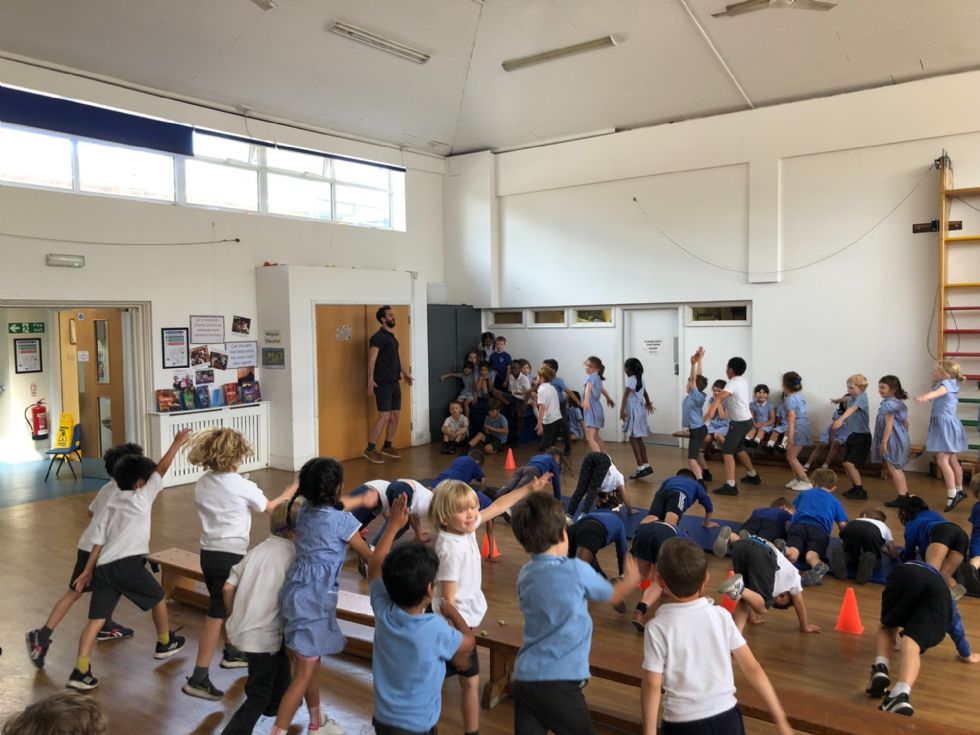 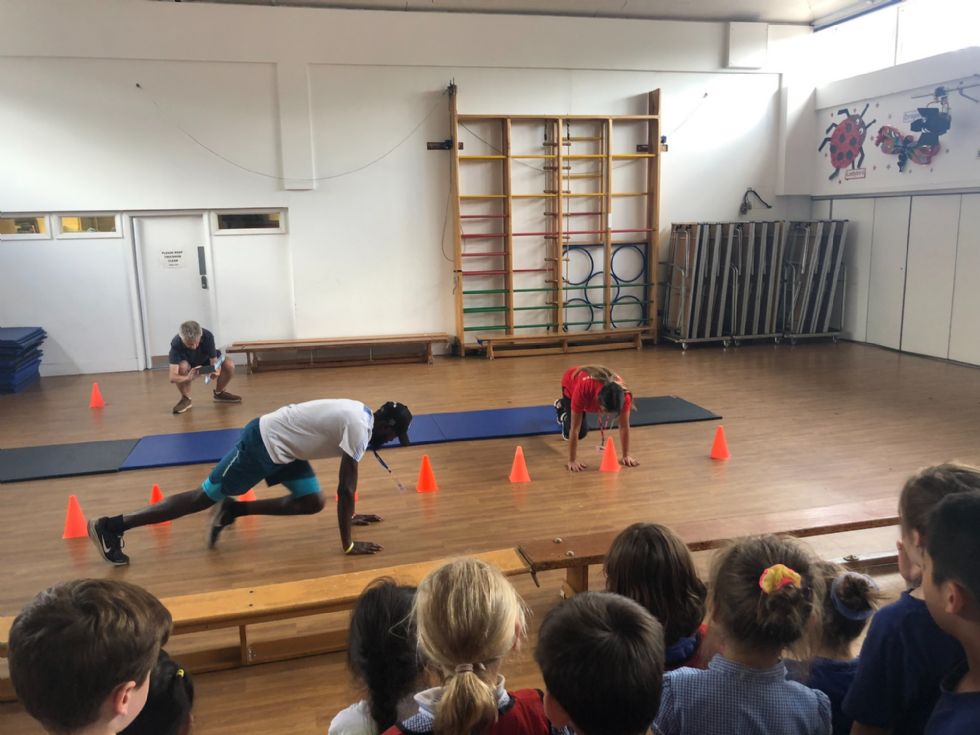 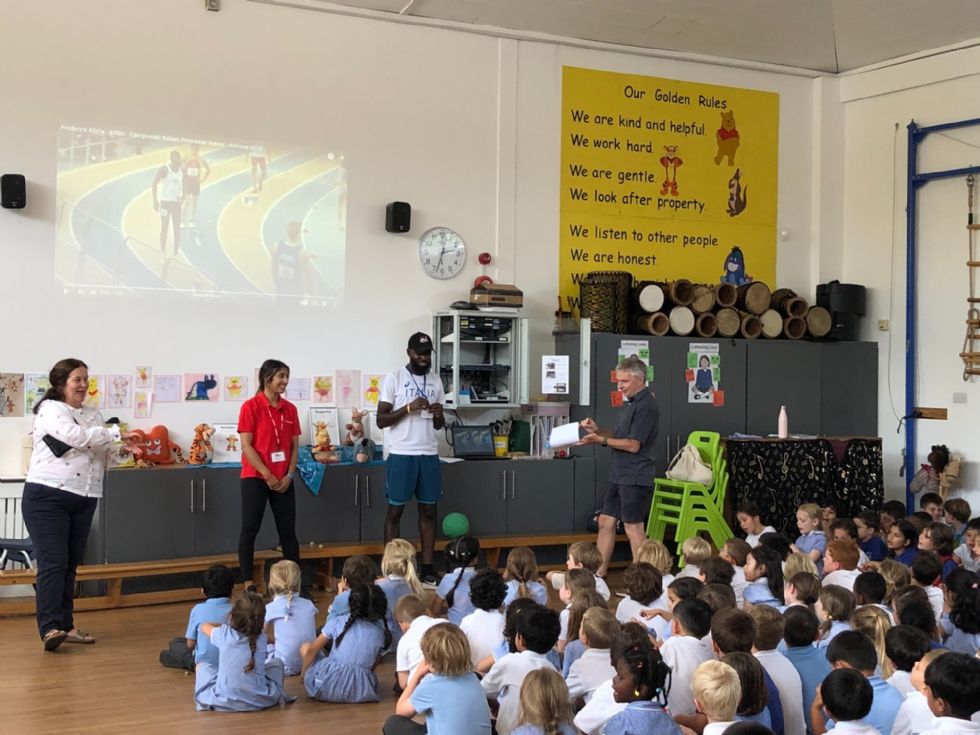